Deerland Probiotics & Enzymes has announced the publication of a new study that is the first of its kind to directly investigate the germination of a spore-forming probiotic strain in the human small intestines. The study, entitled Presence and germination of the probiotic Bacillus subtilis DE111® in the human small intestinal tract, has been published in Frontiers in Microbiology.

The randomized, crossover, double-blind, placebo-controlled study investigated germination activity of Deerland’s Bacillus subtilis DE111® in 11 individuals with stable ileostomies, which was IRB-approved. An ileostomy involves the disconnection of the small intestine from the colon, and reconnection to an external ileal bag. With access to the contents of the ileal bags, investigators were able to directly examine spore germination under real-time in-vivo conditions in the human small intestine for the first time.

In the study, participants (aged 24 to 75) with ileal bags consumed 5 billion CFU of DE111 or placebo with a standardized meal; each participant first took placebo, had a one-week washout period then took DE111.

During the study period of 8 hours — the average time for food to fully travel from the mouth all the way through the small intestines — the combined DE111 spore and DE111 vegetative cell counts emanating from the ileum were the same or more than the number of spores that were consumed at the beginning of the study. This indicates excellent survivability of DE111, as well as growth and reproduction of the strain in the digestive tract.

nutrient absorption occurs there.,” explained John Deaton, vice president of science and technology for Deerland Probiotics & Enzymes. “Prior to this new study, others have attempted to determine spore germination in the small intestine through simulated lab models or animal studies, but none have investigated actual in-vivo spore germination in the human small intestine.”

Deaton added, “This study provides clear evidence that DE111 spores germinate in the human small intestine. This then provides support to show that consuming B. subtilis DE111 effectively promotes and supports immune and digestive health.” 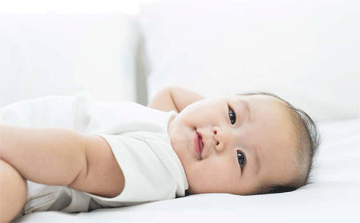